Settles Connection welcomes you to our site. We hope you enjoy your visit. Do stop by often to see what we're up to!

We hope and pray that you all are doing well.

We made it through 2020, although not without weathering many storms, including tremendous loss of family and friends and watching the world around us crumble a bit. Thankfully, we are hopeful and resilient beings!

After a year-long sequester, music has begun to drive our daily efforts. Check out what's been happing with Settles Connection and the new events & initiatives coming up.

We appreciate you for hanging in there with us and will look forward to seeing each of you soon.

Love & Peace to each of you.

Okay, it is now Summer 2019 and the weather is soaring hot! We can't believe the year is over half way done. Its been a blur of a year, but that's what happens when you're busy and don't have time to stop and think about it. Congratulations to Grammy nominated artists Mary Gauthier & Parker Milsap - thanks for including Settles Connection on your projects!

What have members been doing? Schermerhorn, Tokens Show, Soldier's Song Show, Country Music Hall of Fame, a couple of mighty big beautiful weddings, 3rd & Lindsley with Jonell Mosser and Ashley Cleveland, New Ghetto Swingers with Tom Britt at Douglas Corner, Civil Rights Workshop at Lipscomb University, Myra McClary's Concert at Ensworth High School, and about to get ready for Music in the Grove in Brentwood, Americanafest Week Nashville, and whatever else comes our way!

What's coming up? We're looking forward to new projects we're appearing on or in including Pat Alger - produced by Jon Vezner, Minton Sparks new spoken word project - produced by Jim Reilley, BBC's Documentary about the history of Rock & Roll, and we're currently working with Dave Cobb on something special - we'll discuss it in more details as the project unfolds.

That's it in a nutshell. Thank you everyone for your love and support.

Keep on fighting the fight for rights and equality not just for a few, but for all of us!

Love to each of you!

What has Settles Connection been doing?

Hello everyone! Fall is off with a bang! Settles Connection members were in the studio - yes, with other artists of course. They recorded on *Rifles & Rosary Beads by Mary Gauthier, *Pretty Birds by Kathy Mattea, *Other Arrangements by Parker Milsap, and Pony Bradshaw's soon to be released project. We're grateful to be included in their creative processes. *Submitted for Grammy 61 Considerations. Wishing each of them the best of luck.

Odessa enjoyed working with Dave Cobb on music for the TV series Damnation. The show aired on USA and unfortunately, ended after the first season. Reruns are available online. Odessa traveled to Boston MA to film a pilot to be considered for a TV series Conjure Man by Ej Ouellette (band Crazy Maggy) and Lisa O'Donnell. Odessa was transformed into an 85-year-old healer and teacher of the main character. Awesome story! The filming took place in a 400+ year old home. We will keep y'all updated as the story unfolds.

Odessa also recorded with Ej on a song he and Lisa wrote entitled *Waking Sleepy Maggy. She traveled to Boston to shoot the video for the song. The song was named a winner in the Clouzine International Music Awards for Best Americana Soul; so, is now reaching world-wide exposure. Ej has submitted it for Grammy 61 consideration – wishing them the best of luck. Song is available on iTunes.

Settles Connection is near ready to get back to their own stuff and will keep you posted. In the meantime, if you need some awesome background noise, collaboration, workshops, performances, or just a shoulder to cry on, we're here for you. Send your contact and your needs. Looking forward to hearing from you.

The summer was challenging and busy. Settles Connection is still making music in various capacities. Wayne Settles & Friends perform the first Friday every other month at The Nashville Rescue Mission. Our friends Ashley Cleveland and Mary Gauthier joined us in April and Ashley just joined us in August. Calvin and Odessa conducted a workshop on music from the Civil Rights Movement to ~90 attendees at Lipscomb University. Odessa recently performed a private event at the Lipscomb University President's home with Lee Camp, Buddy Greene, Jeff Taylor, Matt Combs, and Byron House. Add weddings and a performance at 3rd & Lindsley with Odessa, Maura O'Connell, Jonell Mosser, Siobhan Kennedy and band members John Mock, Tom Britt, Nick Buda, and Paul Ossola, then you will know just how busy Settles Connection has been. 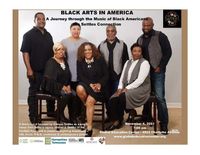 Settles Connection performs concert Black Arts In America: A Journey through the Music of Black Americans 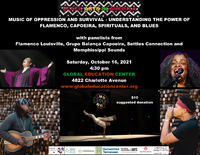 Exploring what the American Arts Scene would look like without the contributions, influences, and aesthetics of Mother Africa and African Americans.

"The Lone Bellow have returned unified and invigorated with boundless ambition." Settles Connection is thrilled to be joining them along with Early James and others at the Ryman. Buy tickets at ryman.com

My friends Tim and Jan are getting hitched! They asked me to sing! Awesomeness!

Odessa Settles joins Lee C. Camp and friends. for Tokens Show live recording experience on the making of an album of your favorite hymns. For season ticket subscribers!

Americanafest week, Odessa Joins the Sunday party hosted by Sarah Potenza and friends, featuring SNL's Christine Ohlman and get down to your favorite gospel songs.

Chris Thomas, founder of Made South, brings together 150 people to discuss how we can foster creativity and hospitality in the South. Speakers and Music.

Chris Thomas, founder of Made South, brings together 150 people to discuss how we can foster creativity and hospitality in the south. Speakers and music!

With Lisa Oliver-Gray, Christine Ohlman, and others